Relocating Seniors with Comfort and Ease

There was a happy ending to this story, but that’s not always the case when you can’t find mom. On a cool winter evening, a man we’ll call Fred was out walking the dog, and his elderly mom, Lynn, wanted to go along.

Imagine Fred’s surprise when, 20 minutes later, he stood up after scooping up some dog poop. He turned to say something to his mom, and she wasn’t there! The snow was well packed and there are too many footprints to figure out which way she went, so Fred retraced his steps home as quickly as he could. His mom, in her 80s, had trouble with remembering things and didn’t speak clearly, both results of a recent stroke. Fred was in a panic as he approached home and saw she wasn’t there either. Where could she be?

Although Fred’s mom was dressed for a short winter evening walk with the dog, she was not dressed to be outside for a prolonged period. 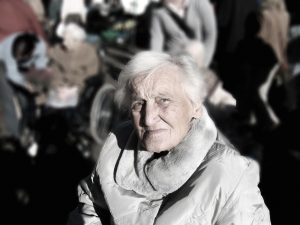 Fred called the police, and members of the family to let them know Lynn was on her own, on foot, and possibly disoriented. Somehow, Lynn made her way several blocks off the path they were on, to a bus stop. She stood patiently waiting for a bus along a route she hadn’t been on for years, yet was obviously familiar to her. Meanwhile, word went out from police to all the bus drivers and cabs in the area to keep watch for her. Within two hours of the call to police, a bus driver had welcomed her onto his bus to warm up, contacted dispatch, and Lynn was returned back home.

This wasn’t just lucky. This was also part of being in a city where seniors are valued and respected. It’s a city where people take such an announcement seriously. It’s a blessing.

Let Us Help You!

At Elder Move Inc., we help people to organize, downsize, in preparation for moving or to age safely in place where they are. We also provide packing and unpacking services with the work completed by our team of senior move specialists. If you’d like some more information, get in touch with us here.